“And they laid hands on them, and put them in hold unto the next day: for it was now eventide.”

Wow! What we undergo, for our Love and need of Christ, Amen.

And a certain man lame from his mother’s womb was carried, whom they laid daily at the gate of the temple which is called Beautiful, to ask alms of them that entered into the temple; Who seeing Peter and John about to go into the temple asked an alms. And Peter, fastening his eyes upon him with John, said, Look on us. And he gave heed unto them, expecting to receive something of them. Then Peter said, Silver and gold have I none; but such as I have give I thee: In the name of Jesus Christ of Nazareth rise up and walk. And he took him by the right hand, and lifted him up: and immediately his feet and ankle bones received strength. And he leaping up stood, and walked, and entered with them into the temple, walking, and leaping, and praising God. And all the people saw him walking and praising God: And they knew that it was he which sat for alms at the Beautiful gate of the temple: and they were filled with wonder and amazement at that which had happened unto him. And as the lame man which was healed held Peter and John, all the people ran together unto them in the porch that is called Solomon’s, greatly wondering. And when Peter saw it, he answered unto the people, Ye men of Israel, why marvel ye at this? or why look ye so earnestly on us, as though by our own power or holiness we had made this man to walk? The God of Abraham, and of Isaac, and of Jacob, the God of our fathers, hath glorified his Son Jesus; whom ye delivered up, and denied him in the presence of Pilate, when he was determined to let him go. But ye denied the Holy One and the Just, and desired a murderer to be granted unto you; And killed The Prince of life, Whom God hath raised from the dead; whereof we are witnesses. And His name through faith in His name hath made this man strong, whom ye see and know: yea, the faith which is by him hath given him this perfect soundness in the presence of you all.

Unto you first God, having raised up His Son Jesus, sent Himself to bless you, in turning away every one of you from his iniquities.

In response the elders: the priests, and the captain of the temple, and the Sadducees, came upon them. Being grieved that they taught the people, and preached through Jesus the resurrection from the dead.

Then Peter, filled with the Holy Ghost, said unto them, “Ye rulers of the people, and elders of Israel…” Respect first, those in authority.

And they laid hands on them, and put them in hold unto the next day: for it was now eventide. Howbeit many of them which heard the word believed; and the number of the men was about five thousand. And it came to pass on the morrow, that their rulers, and elders, and scribes, And Annas the high priest, and Caiaphas, and John, and Alexander, and as many as were of the kindred of the high priest, were gathered together at Jerusalem. And when they had set them in the midst, they asked, By what power, or by what name, have ye done this? Then Peter, filled with the Holy Ghost, said unto them, Ye rulers of the people, and elders of Israel, If we this day be examined of the good deed done to the impotent man, by what means he is made whole; Be it known unto you all, and to all the people of Israel, that by the name of Jesus Christ of Nazareth, whom ye crucified, whom God raised from the dead, even by him doth this man stand here before you whole. This is the stone which was set at nought of you builders, which is become the head of the corner. Neither is there salvation in any other: for there is none other name under heaven given among men, whereby we must be saved. Now when they saw the boldness of Peter and John, and perceived that they were unlearned and ignorant men, they marvelled; and they took knowledge of them, that they had been with Jesus. And beholding the man which was healed standing with them, they could say nothing against it. Acts4:3-14

So many lessons here. In trying to focus I was directed:

Look on us. And he gave heed unto them, expecting to receive something of them. Then Peter said, Silver and gold have I none; but such as I have give I thee: In the name of Jesus Christ of Nazareth rise up and walk. And he took him by the right hand, and lifted him up: and immediately his feet and ankle bones received strength.

The faith which is by him hath given him this perfect soundness.

Peter and John were doing their everyday. They were asked for a donation and a donation they gave! Amen.

Peter said, Silver and gold have I none; but such as I have give I thee: In the name of Jesus Christ of Nazareth rise up and walk.

Y’all, recieve in faith, Amen. We have shared so many times Hebrews 11:1. Walking was practically impossible! This man had never walked! Toddler steps he never took!

“And he leaping up stood, and walked, and entered with them into the temple”.

A key thing we note is that the formerly lame man was standing/leaping and praising God!! Hallelujah!

No matter how deep we probe into the motives of God, we will never arrive at a layer which is not Love.

In one sense, we can speak of the exodus out of Egypt as the birth of Israel as a nation. At this point, God gave her the law to regulate her life as a nation, and this law and covenant have been the backbone of the nation ever since. But if the exodus was the birth of Israel, then the election and call of Abraham back in Genesis 12 must have been the conception of the nation of Israel, and the period of the patriarchs and slavery in Egypt would then have been the gestation period. So when it says God created Israel for his glory, I take it to mean that the purpose of God to be glorified in Israel was the purpose which motivated God at every step: conception, gestation, and birth.

If this is true, then we are put onto an interesting link between the story of the tower of Babel in Genesis 11 and the call of Abram in Genesis 12, which will, I think, show us that God’s goal of glorifying himself did not originate at the creation of Israel, but that this is what he was up to from the beginning.

Look at Genesis 11. The key phrase to show what caused God to become angry with these tower builders and disperse them comes in verse 4:

They said, “Come, let us build ourselves a city, and a tower with its top in the heavens, and let us make a name for ourselves.”

Ever since Adam and Eve had chosen to eat of the forbidden tree in order to be like God, independent of him and wise in their own right, the human race has been enslaved to a rebellious heart that hates to rely on God but loves to make a name for itself. The tower of Babel was a manifestation of that rebellion. They wanted to make a name for themselves and reach even to heaven, but God frustrated their designs.

ALL we want, ALL we need is provided, Amen!

Sounds too good to be true?

“And my God will meet all your needs according to the riches of his glory in Christ Jesus.” Philippians 4:19

“Delight thyself also in the LORD; and he shall give thee the desires of thine heart.” Psalm 37:4
Grant thee according to thine own heart, and fulfil all thy counsel. Psalm 20:4

I will share a shocking reality about the “desires of our hearts!”

What are the desires of your heart? 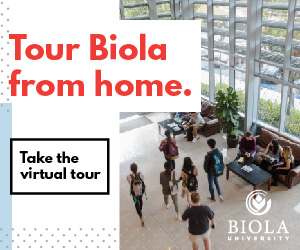 If you’ve been a Christian for a while, you may have heard another believer quote Psalm 37:4, “Take delight in the Lord, and he will give you the desires of your heart” (NIV).

Most of the time when people use this verse, they think it means God will give us whatever we desire — as long as we have enough faith. After all, isn’t that what the verse says?

Let me quickly explain why that’s not what this verse is all about, and how it’s actual meaning is almost the complete opposite of the ‘you can have anything you wish for’ interpretation.

First, let’s take a look at the phrase “desires of your heart”. Often, people think this phrase refers to things that you really want in your life — a good job, a new car, a boyfriend or girlfriend etc.

But what if the desires of your heart are a bit weird? Say you really want a pet rhinocerous, a date with Miley Cyrus or an apple tree that produces oranges. Does this verse apply to those desires as well?

I think if you give it a moment’s consideration, you’ll start to realise that this verse cannot be saying that God will simply give people anything they desire, as long as they believe it enough. But if that’s not what it means, then what’s the verse all about?

If you are truly delighting in the Lord, these are the things that will be the desires of your heart. And God will give them to you if you ask.

Those other things like money, relationships and success might be nice … and perhaps God may still give them to you. But they are not to be the desires of your heart. God wants something even greater for you than temporary happiness or fleeting success. He wants you to have a godly character, a Loving heart and deep desires that are just like His, Amen.