And the remnant of Jacob shall be in
the midst of many people as a dew from
the LORD, as the showers upon the grass, that tarrieth not for man, nor waiteth for the sons of men.”
Micah 5:7

A blessed man is a solution to his generation.
Joseph became an authority in Egypt when he demonstrated unparalleled divine wisdom. His words simply became laws.

The LORD will make you a blessing to others, Your appearance will put smiles on people’s faces, People will look-up to you, rather than look-down on you!
You’re marked for excellence and dignity In Jesus Christ. Amen!!! 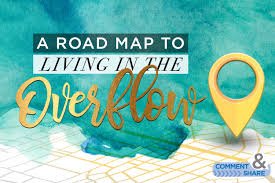 eloved, Have a victorious day with Songs of Victory of Hallelujah of Dominion with Glory ahead in Christ Jesus. Amen!!!